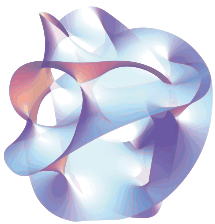 Its time to start revising the scientific method

In this Scientific American article, physicists and philosophers discuss the ramifications of testability for a physical theory, and whether it's required for proof. This is a big question and will have an impact on our reductionist scientific discipline. We (the scientific community) currently only believe as fact a piece of evidence that can be tested, and retested by others. We only believe as fact results that separate us from our universe - results that can be obtained only by comparing objective outcomes.
There are many things that are not subject to the objectivity of our current scientific theory - let me give you one clear example. But first, a reminder of how our current scientific theory works.
1) Create a hypothesis

Guess how the world works. This is where everyone naturally starts.

2) Devise a way to test your hypothesis.

This means coming up with an experiment that results in an objective outcome, allowing others to recreate the experiment and get the same or similar results.

3) Determine if your test results match your hypothesis.

Was the experiment a success? A partial success? Did you learn anything new from your experiment?

4) Modify your hypothesis in light of the test results and new information obtained.
5) Repeat.
This process has been phenomenally successful at guiding us through our world, and has led to flight, space travel and numerous other scientific breakthroughs. We have used this process for so much now, that we are reaching a point where we are starting to see cracks in the use of this process. The wave-particle duality experiment is one such instance.
A tenet of the current scientific process is that your hypothesis must be testable and the results repeatable by others. If others cannot repeat your results, you have probably made a mistake in you test setup somewhere, or your hypothesis is just wrong. The fundamental, implicit assumption in this version of the scientific theory is that we are separate from the world and that the world is separate from us. This implicit objectivity is built into the theory, so your results and their results must match for the hypothesis to be considered true.
This objectivity and repeatability can be seen as deficient by looking at a simple example - of which we all know to be true.
When we fall asleep at night, we dream. We all agree that we dream - we fly through the air or have school anxiety nightmares, or visit completely foreign locales and people. We also do not obey the laws of physics when we dream. We may see huge waves of water, or houses flying in the air. This all seems perfectly logical while we are dreaming, but when we wake and remember the dream, we disregard it as not being real.
Now, suppose you are a scientist and you are charged with convincing someone else (who, for the sake of the argument, was unfamiliar with dreaming) of your dreaming hypothesis. You create a test, perform the test and supply your results for others to retest and verify. In this case, the test may be that you go to sleep and you dream - waking up with empirical evidence of your dreams - you have a new experience. But, you cannot tell anyone else how to perform the experiment, except to say that they must sleep and have a dreaming experience. If they wake and do not remember that they have dreamt, they will conclude that they did not dream and that your experiment is invalid. For any given tester, the results of the test are determined solely by what they remember. This is not objective evidence of the hypothesis and by our current scientific process, we must conclude that we do not dream because the results are not repeatable.
This kind of experiment is inconclusive, and will land the hypothesis into an indeterminate state. Scientists with a job to do will focus on more objective topics to show that they can produce results. Scientific curiosity only goes so far when faced with the demands of a career.
So, what to do? We all agree that we do dream, because even though we don't remember all of our dreams, we do remember enough to have convinced ourselves that we dream at night.
To me, this points to an evidence-based, subjective state of hypothesis testing. We should accept hypotheses that have objective results, as well as subjective results that have been reported similarly by individuals. But - how many individuals is enough to have a subjective theory accepted?
Let's look and the minimum and maximum numbers and see how to narrow it down.
When someone tells us that they believe aliens have landed on Earth, we will usually take their statement with a grain of salt. A nice way of saying they're crazy. "Produce the evidence!" we'll say. They cannot. So, one person's subjective experience is not enough to convince us of the alien hypothesis.
At the other end of the spectrum, they are over 7 billion people on Earth as of this writing. Each and everyone of them will attest to the fact that they dream. Collectively we all agree that we dream.
So the minimum number of one person is effectively a subjective test failure, and a maximum number of 7 billion is a subjective test success. Can this be narrowed down?
Before we start to narrow this down, let's look at an important distinction that occurred in the last paragraph. It was subtle, but it is important so I want to highlight it.
We determined that everyone agrees that we dream, thus making dreaming a fact. We also agree that the single person who states there are aliens without evidence is spouting fiction. Here, we have put both fact and fiction on a sliding scale; with enough people agreeing on an idea, it will turn that idea from fiction to fact. The process of narrowing down how many people that is, is trying to learn where fiction becomes fact. I don't believe there is a single person that will be required to tip the scale from fiction to fact. I believe there is a large middle-ground of uncertainty that most ideas fall into.
To be continued...
Image courtesy of Wikipedia: https://en.wikipedia.org/wiki/String_theory#/media/File:Calabi_yau_formatted.svg